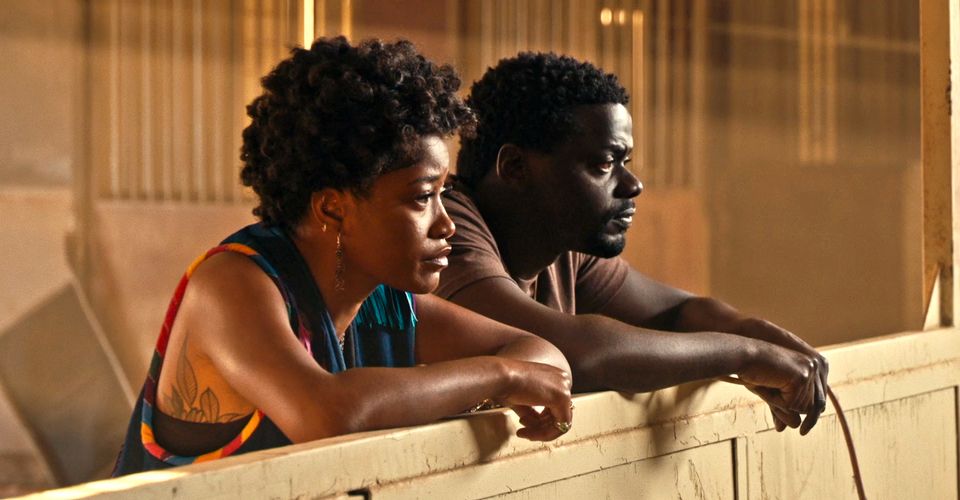 ‘Nope’ Debuts To $44 Million, The Best For An Original Film Since Jordan Peele’s ‘Us’ In 2019
July 24, 2022 12:08 PDT - By Sam Mendelsohn - Box Office News
Writer/Director Jordan Peele is back with Nope, the UFO-centered horror film starring Daniel Kaluuya, Keke Palmer, Steven Yeun, and Peele once again proves that he is one of Hollywood’s few directors whose name can consistently lure audiences into cinemas. The $44 million launch fell quite a bit short of Peele’s previous film Us, which opened to a whopping $71.1 million in April 2019. However, it happens to be the best wholly original film opening since then (beating Once Upon a Time... In Hollywood’s $41 million), and the best since the pandemic began by a significant margin (beating The Lost City’s $30.5 million). Between Nope, Minions: Rise of Gru, The Black Phone, and Jurassic World Dominion, Universal has four of the weekend’s top ten domestic grossers.

Whether this is a successful opening is a matter of perspective. As mentioned, in terms of original film openings, especially R-rated films without major stars, it is undoubtedly an impressive start. However, more was hoped for given Peele’s pedigree and the film’s $68 million budget. The disappointment, though, is not so much in the opening, which is in the same league as the openings of recent franchise films Uncharted and Fantastic Beasts: The Secrets of Dumbledore, but in the reception from audiences, who gave it a B CinemaScore. Nope opened better than Peele’s first film Get Out, which debuted to $33.4 million, but with its strong word of mouth (A- CinemaScore) Get Out had a 5.27 multiplier and grossed $176 million. Us, on the other hand, also received a B CinemaScore, and it had a 2.46 multiplier, finishing with $175 million. The budgets on Get Out and Us were $4.5 million and $20 million respectively.

If Nope plays like Us, we’re looking at a domestic cume of roughly $108 million. Though this would still be both the best original and best R-rated gross since the pandemic began, it would make it tough for the film to profit given its large budget and the relatively domestic heavy box office of Peele’s films. Get Out and Us both saw just under one-third of their business from international. The hope is that Nope will have longer legs than Us did, and it helps that the release is at the tail end of summer, with the only major film left competing for the same demographic being Brad Pitt’s Bullet Train which releases on August 5. Nope may also grow from Peele’s earlier films overseas (we’ll find out when it opens abroad in mid-August). The film is being pitched as a big screen experience, with the marketing promoting that it is “Filmed With IMAX Cameras,” and PLF screens made up roughly one-third of its opening weekend gross.

Thor: Love and Thunder came in second, dropping 53% in its third weekend with $22.1 million. This is just ahead ofThor: Ragnarok’s $21.7 weekend three, following Love and Thunder’s stronger opening weekend ($144 million compared to $123 million) but weaker second weekend ($46.6 million compared to $57.1 million). The stabilization is a positive sign after its 67.7% drop in its second weekend, and with a cume of $276 million it will soon become the 18th MCU film to cross $300 million. Ragnarok was at $247 million after its third weekend and it went on to gross $315 million. Love and Thunder now looks much more likely to surpass that than it did a week ago. The global cume is $598 million.

In third place is Minions: Rise of Gru, which held solidly in its fourth weekend with $17.7 million, a drop of just 34%. Its cume is now $298 million, ahead of Minions ($288 million) after weekend four and not far behind Despicable Me 2 ($307 million), the top domestic grossing film in the series (which also has a few extra days to its gross given its pre-Independence Day Wednesday opening). Worldwide Rise of Gru has a $640 million cume.

Fourth place went to Sony’s Where the Crawdads Sing, which had a nice $10.3 million weekend two. Dropping only 40%, it shows that the adaptation to the bestselling novel was not frontloaded in its overperforming opening weekend. The cume is now $38.3 million.

Top Gun: Maverick is still flying in the top five even in its ninth weekend, grossing $10 million, a drop of just 19%. At $636 million, the ninth highest domestic grosser ever is likely to move up to seventh place in a few weeks.

Notable outside of the top five is the summer’s surprise arthouse hit Marcel the Shell with Shoes On, coming in 11th place. A24’s beloved mockumentary expanded to 590 screens (from 153) and grossed $847k for a cume of $2.87 million.